HomeSalt LampsWhy Himalayan Salt Is necessary for the Human Body

What happens to the human body, which is accustomed to Himalayan Salt every dish that eats? How can you easily give up Himalayan Salt, and what food contain much-needed sodium?

A few thousand years ago, Himalayan Salt was not considered a necessary product. Only with the development of agriculture, when it became clear that salt is able to protect products from spoilage, it began to be used in the diet. However, since salt is very difficult to extract, it was so expensive that the majority of the population was inaccessible. Most people did not eat this seasoning and were alive and well. 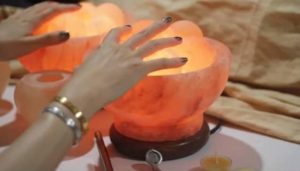 In our time, salt is consumed in such huge quantities as never before. You may think that you do not eat a lot of salt, because, filling the dish, put it quite a bit. But it often turns out that almost all the food you eat during the day contains salt.

It is especially invisible in the purchased products. It is added everywhere, firstly, because it increases the shelf life, and secondly, because it significantly improves the taste. With salt, you can eat almost any tasteless product. It is added even where, according to the logic of things, it should not be: in dough, cookies, sweets, chocolate, soda.

WHY DOES THE BODY NEED SODIUM?

Sodium is a component of all body fluids (blood plasma, extracellular fluid, lymph). It is necessary for the regulation of water and acid-base balance, transmission of neural impulses, muscle contraction, etc.

WHY SALT IS NOT AN INDISPENSABLE SUBSTANCE?

To maintain health, organic sodium is needed, while salt is inorganic sodium chloride. To extract sodium from this compound, the body needs additional resources.

Potassium is located inside the cell, sodium – outside – in the extracellular fluid. In order for the cells to be healthy, it 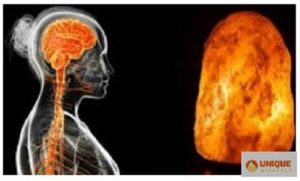 is necessary that the sodium in the extracellular fluid is less than in the cell itself. Then sodium is attracted by the cell and penetrates it along with nutrients. If sodium in the extracellular fluid is more, then it threatens to destroy the cell. Then the surrounding tissues give up their water in order to dilute the too salty medium of the extracellular fluid. In the intercellular space, edema occurs, and if a person does not change his eating habits, he goes into inflammation, while the cells themselves suffer from water deficiency. It should be noted that many doctors believe that inflammation is the root cause of many diseases, including cancer.

IF YOU DECIDE TO REFUSE SALT

For the body there is absolutely no need for salt intake. However, to reduce its use is quite difficult. Indeed, how to learn to eat a dish, putting in it only half the amount of salt to which you are accustomed?

Specialists in natural nutrition believe that salt is addictive. It is for this reason that most people cannot simply reduce its content in their diet. Abandoning salt is easier than salting food only by half.

And so that the dish does not seem bland and to give work to your taste bud, you can add lemon juice and black pepper. Try putting a grain of salt on your tongue – you will feel that it burns your tongue, lemon juice does the same. Thus, you will divert your attention from salt and stop blaming yourself for weak will. Here, you cannot eat salt at all!

But, of course, to completely eliminate salt from the diet, you will need to give up a few ready-made products. First of all, from the usual hard cheese (this is the record for the salt content, and yet it is added to it not to improve the taste, but to better preserve the product) and from canned food. If you decide to export the Himalayan Salt you can contact to the unique mineral they deal the best quality of Himalayan Salt. Their salt quality is very good to other dealer and according to the international standard. They are the salt dealer in Pakistan that deals all types of salt product.

Where to Purchase Himalayan Salt? 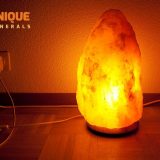